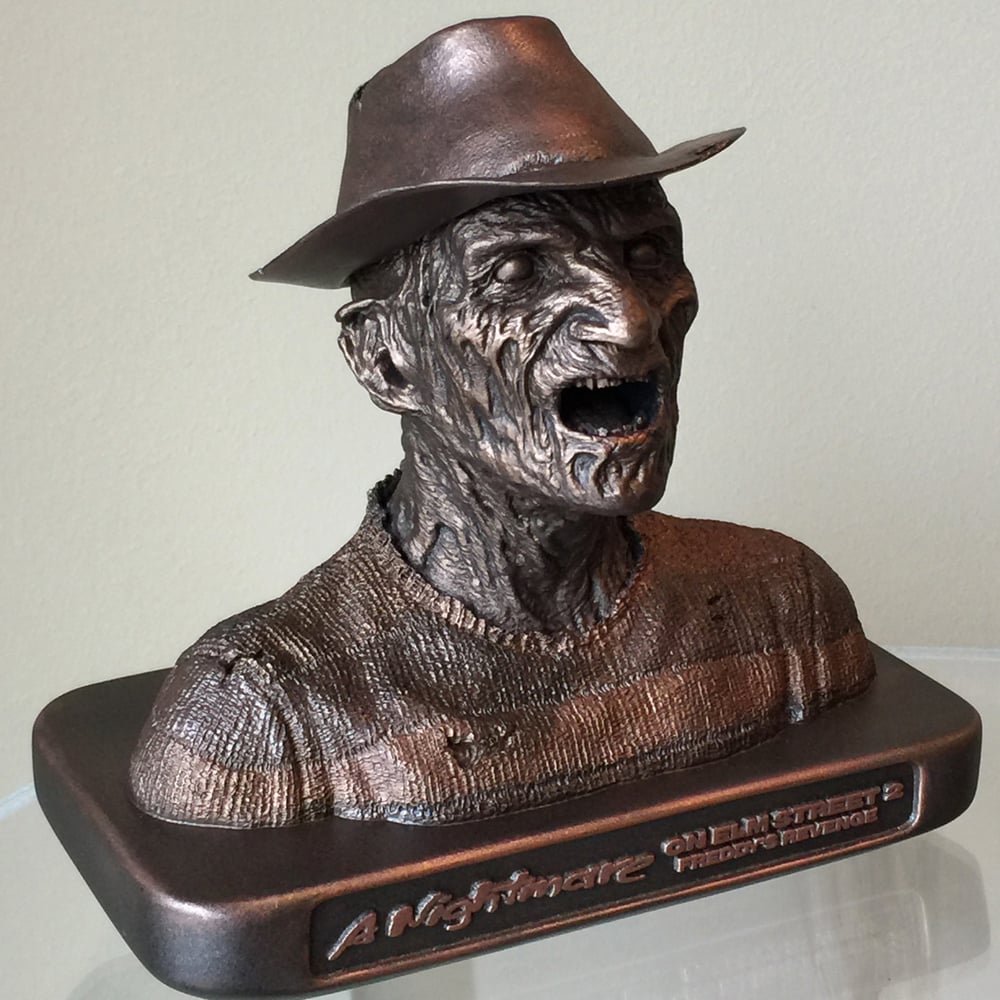 This detailed maquette was designed and sculpted by Kevin Yagher during the pre-production phase of A Nightmare on Elm Street 2: Freddy’s Revenge. He used it as a design study prior to beginning the full-size makeup sculpture of Freddy. Soon after the movie was filmed, Kevin also sculpted a hat for the Freddy maquette. This deluxe version includes both the maquette and the hat.

There will be a limited run of these artist proofs created in-house at Kevin's studio. They will be cast out of a dense, high quality urethane resin (over 4.5 lbs) and hand-painted with a bronze faux finish. Each maquette will have an inset logo of the film’s title on the front and an inscription on the back that reads “Preproduction Maquette Sculpted by Kevin Yagher.”

Every limited-edition Freddy maquette will be personally signed on the bottom by Kevin and will include a certificate of authenticity also signed by Kevin.

Due to the made-to-order nature of each piece, please allow 8 – 12 weeks for delivery (or sooner depending upon demand).